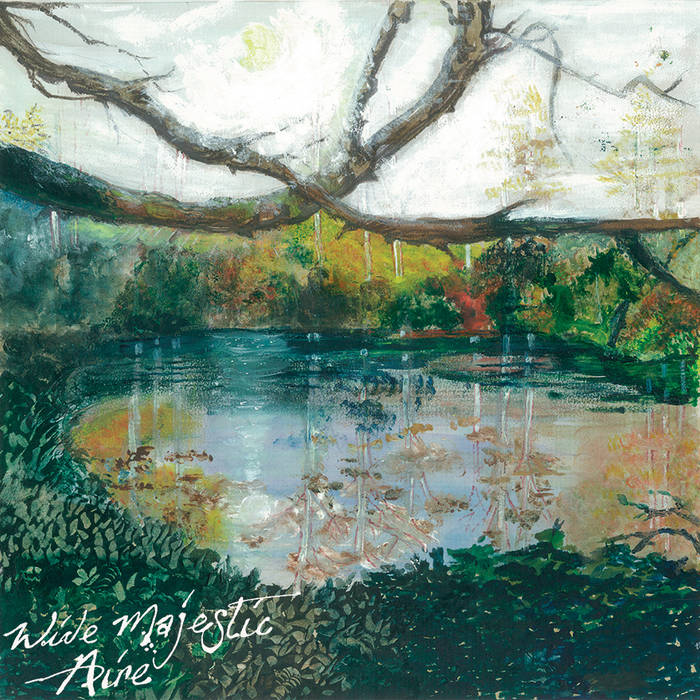 vernondito I love everything about Trembling Bells. Been following them for years and still so much to discover, so many different paths to be lead, joyfully, down.

Richard Johnson Swallows of Carbeth is a beautiful song. 2016 is already shaping up to be a good year for music.

“They are so wild, they are so British, they are so exciting. They merge so many different and exciting forms of music that I love, from traditional English folk, to jazz, to prog, and the meld it together in a way that is not exclusive at all. It's embracing, it's colourful, it's funny, they're full of personalities - I love the whole kit and kaboodle of what they do.”

So said the writer and broadcaster Stuart Maconie, naming The Sovereign Self by Trembling Bells as his favourite record of 2015, and in doing so speaking for many a critic. That album, the Glasgow-based band’s fifth, was acclaimed widely as a masterpiece.

Now the Bells are back with Wide Majestic Aire; a seven-track mini-album which acts as a companion piece to Sovereign Self and cements their reputation as one of Britain’s most exciting and exploratory groups.

“‘Wide Majestic Aire’ is among my favourite songs that I’ve written,” says the band’s founder and leader Alex Neilson of the title track. This romantic ballad, sung by Lavinia Blackwall, sees the compass of the band’s music swing back in the direction of folk after the prog and acid rock of Sovereign Self. It is in some ways archetypally Trembling Bells in its evocation of the landscapes of Yorkshire and Oxford and its invocation of great artists of the past - Larkin, Blake, Lorca and Turner. Such a sweet and melodic song could function as a gateway drug to the rest of the band’s music, which is to be welcomed as there is much to explore in their rich back catalogue.

A major river in Yorkshire, the Aire passes through Leeds, Neilson’s home town. “The Aire was a sanctuary for me,” he says. “I grew up on a council estate in Bramley and the river was five minutes away. As a teenager I’d listen to the Velvet Underground, Captain Beefheart and Incredible String Band while walking my dogs along the banks. These were the things that moulded me and sent me on a certain path in life.”

That path took him, eventually, to Scotland. Fitting, then, that the video accompanying the song was filmed at Carbeth, the “hutting community” ten miles in the countryside outside Glasgow. Neilson and the Trembling Bells have been spending time in this off-the-grid community for a decade, finding it inspirational and nurturing, the creative wellspring from which much of their work flows. Their classic debut album (to be reissued in April this year on Honest Jon's Records) was named for Carbeth, and the new mini-album contains a song, “Swallows Of Carbeth”, which bookends “Willows Of Carbeth” from the first record. This pair of songs are about the two most significant lost loves of Neilson’s life - Willows a musician, Swallows a painter - and the overall effect is that moving blend of personal history and sense of place which characterises the best of the Trembling Bells' work.

Elsewhere on the EP is "Show Me A Hole (And I’ll Crawl In It)", a song flavoured by the band’s fascination with Renaissance and Baroque composers such as Monteverdi and Purcell. “Lavinia introduced me to Early Music,” Neilson recalls. “She was studying a masters at the Guildhall in London. I used to go along and listen to her perform. At first I could not comprehend the structure of this music, the voice rising and falling at weird intervals supported by a harpsichord. But then the complexity started to appeal. I listened to it for a couple of years, almost exclusively, and by a process of osmosis eventually it felt natural to write songs that had some of those aesthetics. It challenged and expanded my concept of how I could approach songwriting. I think the coordinates of our band’s interests are quite broad and deep.”

This is to put it mildly. A great joy of listening to Trembling Bells is that one can trace their influences and inspirations down the snickelways and ginnels of western civilisation in its entirety, fetching up in Plato’s symposium or Weimar-era Berlin or the UFO club in 1967. The second-last track of the EP, "The Day That Maya Deren Died", is an example of yet another strand of their work - unaccompanied singing.

“It’s a type of music that moves me to tears,” says Neilson. “I remember seeing the Watersons at the Queen Elizabeth Hall and crying so uncontrollably that I had to get taken out of the room. There’s something profoundly vulnerable and naked, yet dignified and strong and elementally powerful about the lone human voice.”

2016 promises to be a busy year. There are plans to release a live album of their shows with Will Oldham, there will be an exclusive single for Record Store Day, Neilson hopes to put out a solo record, and to record an album of traditional songs sung by Stewart Lee. A short UK tour will climax in mid-April at the All Tomorrow’s Parties festival in Prestatyn, curated by the comedian, during which the Trembling Bells will perform No Roses, the classic 1971 album by Shirley Collins and the Albion Country Band. Neilson will also drum on the forthcoming album by Shirley Collins, a folk legend, now aged 80, marking a continuation of the band’s work with great artists who are in some ways their musical forebears, most notably Mike Heron of the Incredible String Band. “These people,” says Neilson, “are like the Mount Rushmore heads within my musical landscape.”

Trembling Bells, in 2016, are carving their own path through contemporary culture. Their huge creative ambition sees them forever pushing deeper and deeper into their art, and there is a compulsive quality to Neilson’s songwriting that - like the Aire, wide and majestic - just keeps flowing. “We have,” he says, “a frenzied, ferocious attitude towards life and work.”