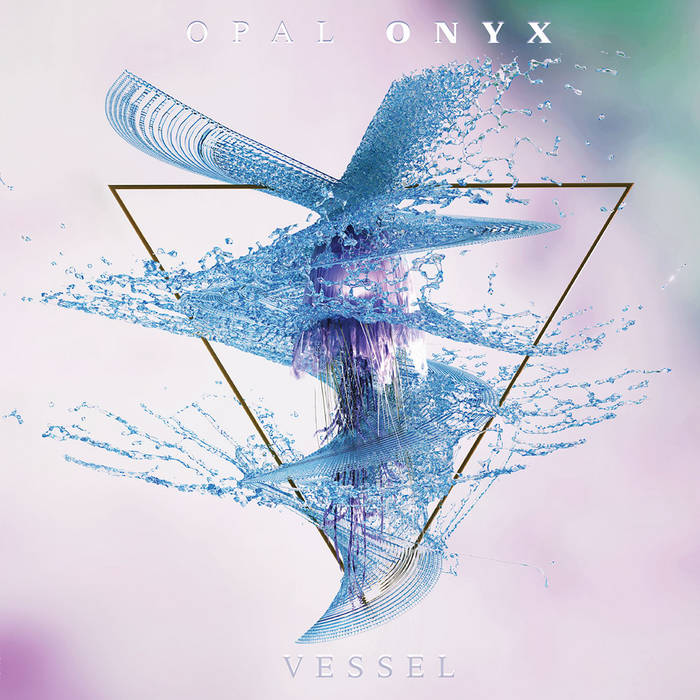 Sarah Nowicki and Matthew Robinson might have cut their teeth in the basements, attics, warehouses and patios of the Brooklyn DIY scene, but that’s not where Opal Onyx really began. It was, in fact, a hair salon in Cleveland, Ohio, where they first laid down the foundations for this astounding musical project. Robinson was the receptionist there. “I was begging for somebody interesting to walk in,” he says. “And then Sarah came through the door!”

Nowicki was in search of work, but also armed with a CD of self-recorded songs that demanded to be listened to. “I heard he played the cello and started getting really excited because I had all these songs. At the end of the day, flipped it to Matt, he listened to it in his car, turned straight back around, ran back into the shop and said ‘we have to make music together’.” A few years later, when Robinson moved to New York, Nowicki soon followed, a deep creative bond now formed.

There, they were immersed into the city’s DIY scene, a place where brilliant, boundary-pushing projects would emerge and disappear within the space of a week. Their sound was elusive and new, evading genre but somehow capturing something so transcendent that they could weave their way onto any bill in the city. “We’d be the one band with a cello at a noise gig,” says Nowicki. “Then we’d fit in to an electronic show, then we’d fit into a singer-songwriter show, then an ambient show. With us it was always different, a unique blend of styles all merged in to one.”
13 years later, New York has changed. Those basements and bakeries are no more. “We don’t go to Warehouse spaces anymore because they don’t exist,” Robinson says. “The most important cultural institutions in Brooklyn are all being shut down, and they’re not being replaced.” The studio where they recorded their extraordinary new album ‘Vessel’ throughout last year, as well as its predecessor ‘Delta Sands’ is among the casualties. “I would wake up in the middle of the night and I’d be there for 4.45 in the morning, I was that excited to go to the studio. New York is silent there at that time, it was like a playground. Now it’s been demolished and turned into a parking garage.”

There’s one thing that hasn’t changed; Nowicki and Robinson’s creative desire is every ounce as insatiable as it was when that CD exchanged hands in the Cleveland salon. And on ‘Vessel’, that shows. The sonic landscape they craft is always shifting but feels permanent and always itself, like a deep, dark, river flowing slowly into the night. Steely electro morphs slowly and serenely into headspinning trip-hop, lathered in texture, then again into something organic and tender as distant sweeps of strings move elegantly into the foreground. Nowicki’s voice is the transfixing permanent presence, a guide through Opal Onyx’ mystic soundscapes.

It has been five years since the album’s predecessor, the acclaimed ‘Delta Sands’, but that is not because their creative ambition ever let up. Nowicki had to leave New York for six months to take on personal issues, but she never stopped working. “I was always writing music though, throughout that whole time, and so was Matt. We were always inspired throughout that whole time, and in a way this album was very healing for us.”
“We have hundreds and hundreds and hundreds of songs and things that we’ve written over the last five years. We could probably release a lot of records next year!”

‘Vessel’ is a record that might appear mysterious and multi-faceted, always moving one way or another, conjuring up ethereal and unknowable imagery, yet in many ways the title tells you everything you need to know. “We were both going through lots of crazy, stupid personal drama. That’s just life, but we’ve collected all of that within this record. We wanted to put it in a place, a container or vessel, and now it’s like detonating a device in the middle of the desert.” Nowicki agrees. “It’s our therapeutic vessel we can put everything in to, a form of therapy that means we can transcend everything and see our creative vision more clearly.”