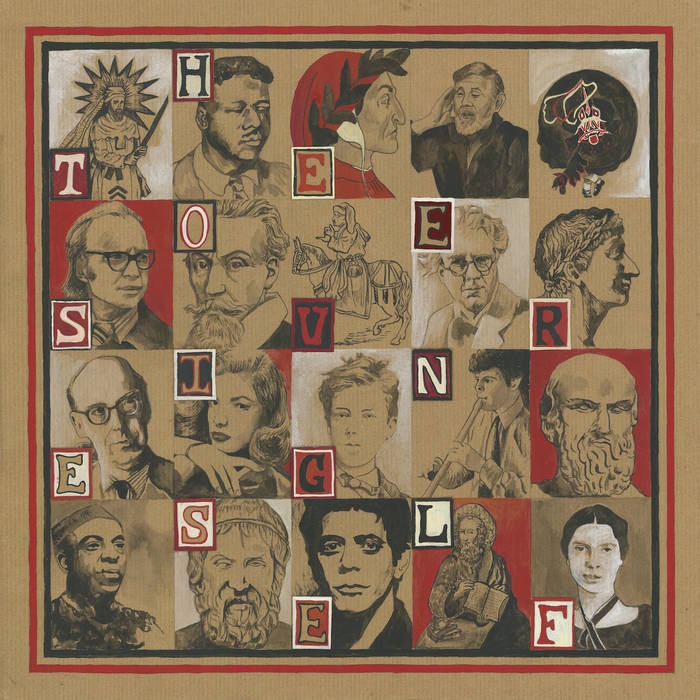 Sophocles. Dennis Potter. The painter El Greco. Not the usual collection of influences that go towards shaping an album, but then Trembling Bells are not your usual sort of band. The Sovereign Self is a remarkable work from remarkable musicians - one of Britain’s most distinctive and exciting groups.

“It’s darker than our other records” says Alex Neilson, the five-piece band’s drummer and principal songwriter. “Suffering played quite a big part in its conception. I came out of a relationship and was consoling myself creatively and emotionally by reading a lot of Greek tragedy. The language is incredible. I immersed myself in that and then cherry-picked lines from it, distorting and personalising them.”

The Sovereign Self - named after a line from Dennis Potter, the late television auteur - is the fifth album from Glasgow's Trembling Bells, their first since 2012’s The Marble Downs, a collaboration with Will Oldham. It is a driving, dramatic and at times hallucinatory work, filled with a great sense of tension and release; a witches’ brew, a psychedelic stew mixing up the range of the band’s musical interests - everything from ramshackled ballads to ancient May Day chants, swaggering acid rock to swirling prog epics.

“Some songs are a little challenging” says lead vocalist Lavinia Blackwall, “Bringing Alasdair C Mitchell into the band means we have the interplay of two guitar parts. Musically, this album has been a lot more collaborative and democratic and as a result a lot of our other influences have come through - psychedelia, early-70s prog and rock. It’s heavier and darker. I find it physically and emotionally draining to sing these songs, because they are quite intense you have to put so much into them.”

As always, there is a strong sense of place in songs: Glasgow, Padstow, East London, the Great Western Road; the A61 and A82 - you could plot the songs of Trembling Bells on a chart; you could drive around in them. They are a band poised between mappa mundi and SatNav.

The range of cultural and counter-cultural interest from the band is apparent on the front cover of The Sovereign Self - a series of twenty portraits painted by Lavinia Blackwall: an eclectic gallery of genius from Emily Dickinson to Aeschylus; Lou Reed to Ovid.

Another key influence, psych-folk pioneers the Incredible String Band, has loomed large in the lives of Trembling Bells in recent years. They have toured with ISB co-founder Mike Heron, performing tracks from his songbook.

Having released five cracking LPs in six years, in addition to a number of side-projects, Trembling Bells show no signs of slowing down. Already, work is being done on solo records from three members, and there are plans for an album of reworked traditional folk songs with vocals from comedian Stewart Lee. This is quite simply a group of people with music pouring out of them.

All songs by Neilson ('O, Where is Saint George?' is based on a fragment of the Padstow May Day song. 'I is Someone Else' some DB white light returned with thanks) and arranged by Trembling Bells

Engineered by Luigi Pasquini with assistance from Martin Ballesta at The Old Mill Studio, Strathaven.
Mixed by Pasquini, Neilson & Mitchell at 45 Studio, Bridgeton.
Mastered by Kenny MacLeod at Redblock Mastering

This album is dedicated to the memory of Charlotte Greig.