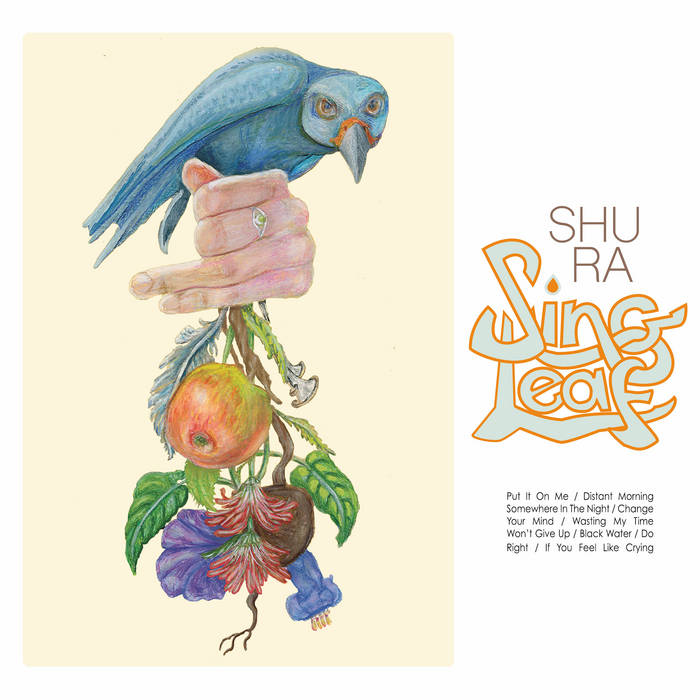 Sing Leaf’s David Como never really meant for this project to be heard by anyone. “Some things only retain their power if you don’t talk about them,” he says - and so even his friends and family knew little of the music he recorded, in an attic space so small he couldn’t stand up in it. Music, for him, had always been an “individual, therapeutic thing.” It wasn’t until Sandro Perri, his friend and fellow musician, discovered this collection of songs in all its mystical, genre-bending glory, that the album got the chance to reach beyond the confines of that cramped attic.

That attic, though, is where the Toronto-based musician felt most free to create. After going through a divorce, and finding himself “suddenly on my own, starting again,” he used his time alone to reflect on the past while trying to unstick himself from it. The attic became his sanctuary. “I like enclosed areas,” he says, “the safety of it, the comfort of it, and it sort of became this place where I could go away.” When he did break away from it, to record one song live with a band, he found the experience painfully awkward. “I’m naturally shy when it comes to recording. I like to do that alone, so it was a weird experience.” In this respect, Shu Ra (his second album after 2013’s Watery Moon) is the product of introversion - but its musical palette is anything but. It paints with sweeping, colourful strokes, dotting middle Eastern flecks onto psych-rock and folk, blending organic instruments with electronic synths. For the most part, the music bubbles with optimism – Distant Morning is distinctly cinematic in its reverie, and the refrain of Somewhere In The Night bursts like the sun breaking through clouds – even if the lyrics tend to pierce the sanguine simplicity.

The album’s influences are as diverse as the music would suggest, from Sparklehorse’s Mark Linkous to Buddhist scholar Chogyam Trungpa. “He had an idea of being like a deer’s antler when it’s growing – bloody and very soft,” says Como of Trungpa, “and through that vulnerability, you become hard and strong. There was a little of that going on when I was recording this.” Perhaps the album’s biggest influence came by chance though, when a woman called Mary came into the liquor store where Como works. The two developed a friendship, and she told him of her late husband, who had been a musicologist and librarian.
He imported rare world music from West Africa, India and Turkey, she told Como, archiving everything on cassette. “She ended up giving me his whole collection, so I inherited about 300 cassettes of world music, mainly African music, and I’ve been subsisting on that for years now.” Had it not been for Mary, “I don’t know where I would ever have heard that, or had the desire to seek it out.”

Shu Ra, so called after a Louisiana phrase whose magic lies in its ambiguous origin, is a potent mix of the musical cultures Como discovered. The rhythmic chants of Black Water are helmed by a mandolin his girlfriend gave him, the syncopated rhythm of Change Your Mind is provided by a djembe drum, while Won’t Give Up, which starts with the crackling vocal sample from pre-Prohibition era fiddle player Jimmy Thompson, is underlined by aunty whistles and middle Eastern scales.

What ultimately connects them all is Como’s Bob Dylan-esque vocals, which creak beautifully under the emotional heft of his lyrics. Do Right, the penultimate track on Shu Ra, is the one that means the most to him. It was written to “profess some sort of feeling” to
the person he’s with now, though he’s characteristically hesitant to go into any more detail. Besides, he’d hate for his own baggage to detract the listener - whose existence he’s starting to come to terms with – from bringing their own story to the songs. “Hopefully it’ll trigger something in someone,” he muses. “That’s what the best music does.”