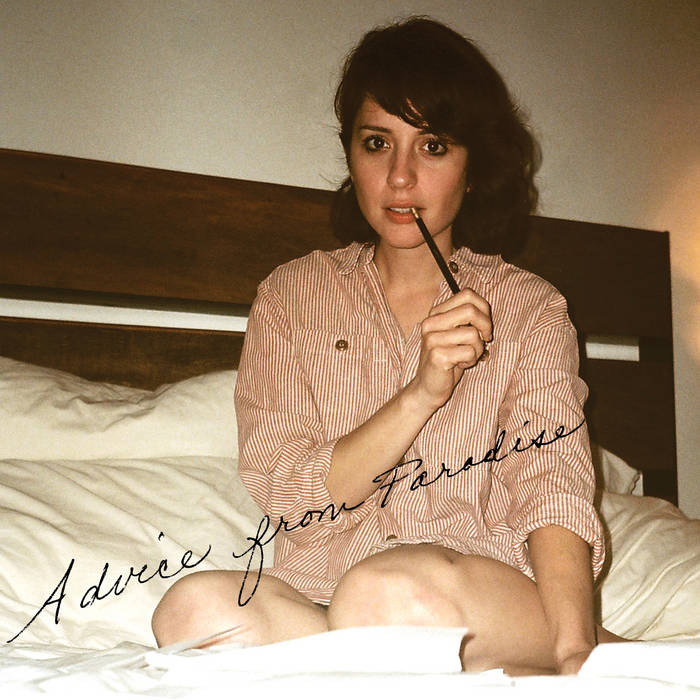 Nedelle Torrisi's last breakup was bad – “not throwing-clothes-out-of-a-window bad”, she laughs now, but gruelling enough to leave her feeling blue as a bruise alone in Los Angeles, wading alone through the fuselage wreckage of a four-year friendship and band. “I was frustrated at the thought of starting over again, because it also dissolved the band we were in. The silver lining was that I was alone, so didn't have to negotiate any musical decisions anymore.” A few months later, the Sufjan Stevens and Ariel Pink collaborator found herself with a batch of “unhinged, romantic, boy-crazy songs” that seeped romance from beneath every airy stroke of keyboard, lush 90s-R&B-throwback vocal and crisp drum machine clap. “I thought writing these sappy pop songs would somehow lift me out of that depression,” Nedelle remembers. Instead, the resulting album, ‘Advice From Paradise’, soon for re-release on Tin Angel Records, finds hope – revelling in the uncertainty, excitement and butterfly-flutter nerves of pulling yourself up from the ground and beginning again.

The daughter of a priest-turned-jazz drummer father and ex-nun turned pianist mum, Torrisi grew up in California steeped in music. She remembers singing for relatives as early as aged three, and trying to wriggle out of homework so she could listen to Whitney Houston. Music was “a given, not a choice” in her house, she recalls fondly – “you don't just take 5 piano lessons and quit. So I chose the violin and my brother chose the clarinet, and we both studied the instruments into our twenties.”

That devotion pays off on ‘Advice From Paradise’, a record with whip-smart musicality to match its infectious heartbreak. ‘Can't Wait’ sees wailing twin guitars fade to a slow jam saunter with shades of Toni Braxton, singing about longing for someone in unrelenting rain. ‘Double Horizon’ is a Beach House-ish harpsichord pop dream that Noisey called “sunshine-filled, poppy and blissful.” ‘Don't Play Dumb’ meanwhile is a tale of romantic game-playing set to gorgeous MIDI calypso synths and accompanied by a video that saw Nedelle cause trouble in a Target store – she and the clip's director, Travis Peterson, were actually kicked out of the supermarket twice while trying to film.

‘Advice From Paradise’ also features on backing vocals Domino baroque-pop favourite Julia Holter – someone Torrisi says is “a good reminder that listening to your heart and being yourself is always best. She doesn't compromise her values for shallow gains. As we all know the music industry is a slimy place, so I think this says a lot about her character.” She learnt too from cult acclaimed folk troubadour Sufjan Stevens, who since releasing Nedelle's old group, Cryptacize, on his Asthmatic Kitty label, has invited Torrisi to play in his backing band and sing on his latest album, ‘Carrie and Lowell’. “His work ethic is admirable, and as a band leader he's good at challenging everyone so they never become complacent.”

The album was recorded in two weeks with Haunted Graffiti member and former housemate Kenny Gilmore, with whom Nedelle “slept at the studio and worked all day until we became cross-eyed.” Then, disaster struck. “So, the album was missing in Russia for four months,” says Nedelle, incredibly. “The story is crazy, involving Russian friends, a nice taxi company, and a lot of luck, but we got it back!” It's a good thing they did – moving and warm, ‘Advice From Paradise’ is a sprawling pop paradise of its own, full of such insight into the trials and tribulations of the dating game, it came as no surprise to fans three years ago when Torrisi launched her own love advice column, now a video series on floodmagazine.com. “It's kept trucking, so I've just kept doing it,” says the singer. With a new album on the horizon after the re-release of ‘Advice From Paradise’.