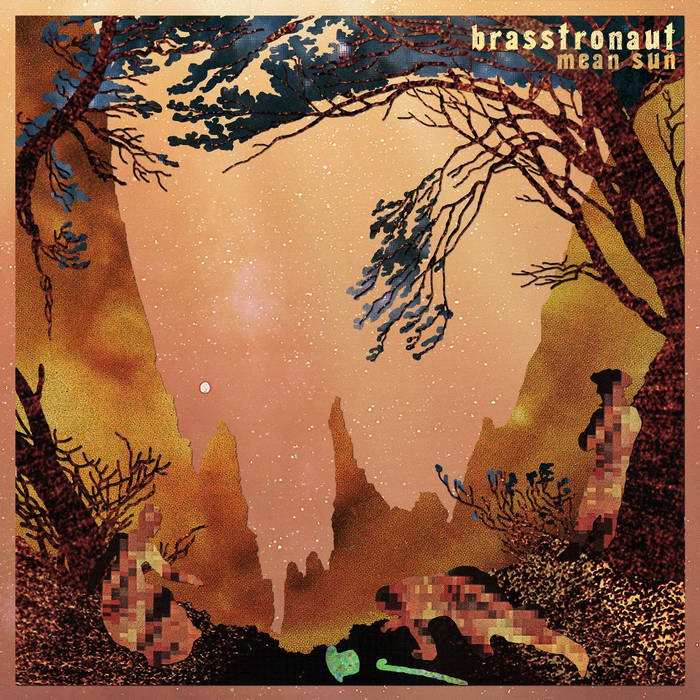 Astronomers define the mean sun as an imaginary star, moving at the pace of our equator’s rotation. Perhaps it is the impossible setting of this sun Brasstronaut has pursued since the release of their critically acclaimed 2010 debut, Mt. Chimera.

Cresting the momentum of that album – a SOCAN Echo Prize for Canadian song of the year, a Polaris Prize long-listing and chart-topping singles on The Hype Machine – Brasstronaut embarked on a comprehensive world tour. On their sophomore album, Brasstronaut has finally returned to reveal their radiant Mean Sun.

The forthcoming record was recorded with Juno Award winning producer Colin Stewart who is known for his work with New Pornographers, Black Mountain, Dan Mangan and Cave Singers. Mean Sun will be released on October 21st on UK indie label, Tin Angel Records.

Following on from their debut Mt. Chimera, that experimented in jazz and pop and genres as distant as klezmer and electronica, has led to a more pop orientated style that is now decidedly their own terrain.

‘Mean Sun’ harnesses the same virtuosity and can be heard in the shimmering and slowly unraveling opener ‘Bounce’ to the languid, dissolving ‘Mixtape’. “The Grove” is full of collapsing loops forming an unsettled bed of tense pop similar to Peter, Bjorn and John.

Elsewhere, title track “Mean Sun” is haunted by the unsettling synth one thought the exclusive domain of Portishead, while lead singer Edo Van Breemen’s vocals, withdrawn but uncannily intimate as those of Chad Van Gaalen, drift assertively into the chorus of an unexpected anthem.

Formed originally in 2004 by duo Edo Van Breeman and trumpetetist Bryan Davies it eventually evolved into a band. Brasstronaut, although early in their years, have a tendency to experiment with orchestral rock and have tendencies to dabble in electronica.

After a three month residency at the Banff Centre they emerged with their debut album and took to the road. They have toured North America twice with showcases at SXSW amd CMW. Festival appearances include POP Montreal in 2008 & 2009, Sled Island 2009, The Vancouver International HJAzz Festival 2010, Hillside 2010 and Rifflandia 2012. Outside of the US and Canada they have performed at Iceland’s Airwaves Festival, In the City, The Great Escape, Incubate, Walk The Line, Reeperbahn and have embarked on two EU tours.