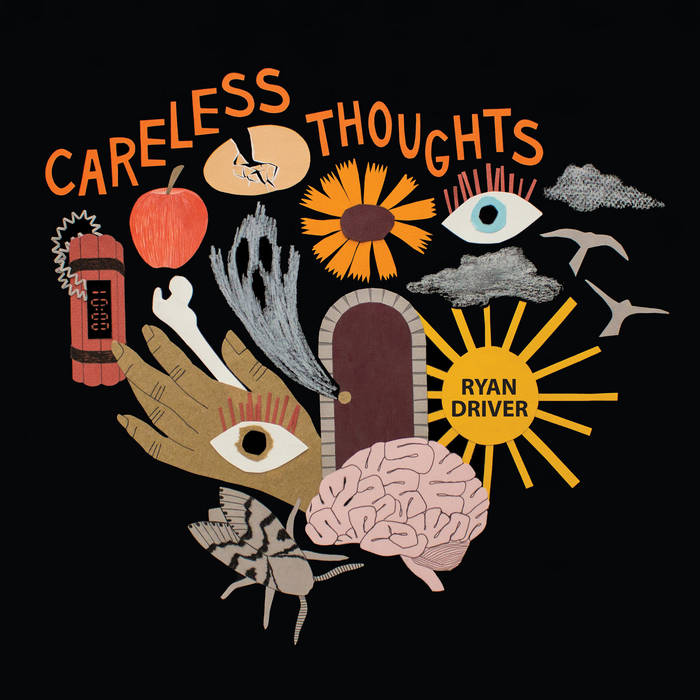 Ryan Driver “wouldn’t care to know” how to classify his music. After all, to attempt to bottle a sound as instinctive as his would be to do it a disservice. Inspired by the more adventurous figures of jazz and other musical genres, Driver turns off the guiding light of traditional form and convention and instead reaches in the dark for something more profound, his every note, melody and lyric a question thrown out into the universe. He may never quite find the answers, but it’s in the act of searching that he carves out his musical identity.

Having studied piano, trombone and flute during his childhood, it seemed a natural next step for Driver, when he moved to Toronto 20 years ago, to begin inventing his own instruments. He made thumb reeds from balloons, a bass from a street-sweeper brush bristle, and performed improvised music to cut his teeth. He toured Canada twice playing jazz on just the two instruments he’d invented, alongside Justin Haynes on ukulele, and Jean Martin playing a small suitcase as a drum. All their musical gear fitted inside that suitcase. But more importantly, beyond the suitcase, he’s come to sing, write songs, and collaborate with more artists, and formed a quartet with whom he still plays 17 years on (though it’s since expanded into a sextet). “The music scene in Toronto is quite wonderful,” he says. “There’s a real collaborative spirit, and a feeling that anything is possible.” Some of the artists Driver’s worked with over the years have lent their talent to his new solo album, Careless Thoughts – but it is resolutely his own vision.

Careless Thoughts dances elegantly around basic human themes – love, existence, mortality, darkness, time – but does so with a playfulness that elevates it beyond hopeless existential angst. “We’ll never be more than a reverie,” he concedes above swirling, cinematic strings on ‘They Call This Everything’. “Dreams are all there is, and dreaming is all we can do with this.” He punches out a dissonant piano riff, a moment of frustration, before the strings (which were arranged by Thom Gill) re-emerge like a heaving sigh of acceptance. “The tone of the record may seem fairly serious at first glance,” muses Driver, “and I wouldn’t say that it isn’t serious, but it is very playful, and even fun if you listen carefully enough.” On the album’s title track, that wry philosophising returns – “Dreams were made to be shattered, and life was made to die,” – but rather than descending into despair, he catches himself. “But life was also made to be alive. Let’s make the best of situations, destructions, creations. Let’s watch the world destroy itself and enjoy ourselves at celebrations.” That song, Driver says, “seems to relate to some vague story of heartbreak.” He often explains his own songs like this – as though their content and inspiration is a mystery even to him.

Driver’s voice is an ever-changing entity – one which tells the story as much as the lyrics. He dons a soft, unassuming falsetto on ‘I Guess I Won’t Be Going Home’; he lowers his voice to a cracked murmur on ‘It’s Nothing Time’, and wraps it gracefully around Tamara Lindeman’s on country-tinged duet ‘It Must Be Dark Tonight.’

Driver’s maverick status in the Toronto avant-garde jazz scene (or what he simply refers to as his “somewhat uncommon approach”) stems partly from a lack of formal jazz training, he insists – though that alone can’t account for his unique artistic expression. Though on Careless Thoughts, he eschews his invented instruments in favour of mostly piano and guitar, the album still ripples with the same imaginative spirit that led to their creation. It’s a stream of consciousness of sorts, which wonders at the state of the world and all those in it, yet maintains a determined sense of direction and coherence. “Ryan always sounds like he has come a long way to sing you a song,” says Marcus Boon. “He is always arriving too late or too early, and what he sings about is always to be found somewhere else, somewhere where he’s not.” Driver might never find the answers to the questions he poses, but with Careless Thoughts, it’s hard to be sure that he wants to. And by the album’s end, you probably won’t either.

This recording was made possible with the support of the Ontario Arts Council and the City of Toronto through the Toronto Arts Council.