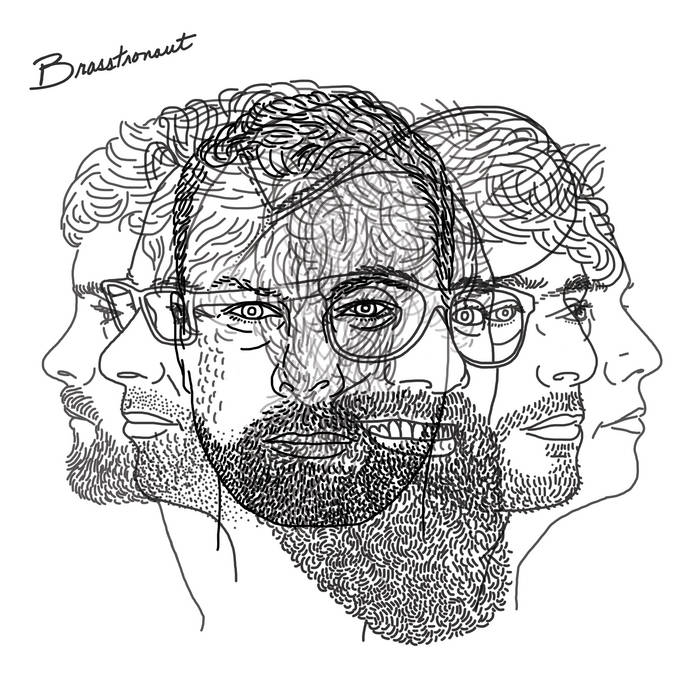 Edo Van Breeman grew up next to the everglades in Dade County, Florida, dreaming of flying away to foreign worlds. “I’m a seeker of other places,” the Brasstronaut pianist and singer explains, borrowing a phrase from Norwegian author Karl Ove Knausgard: “Happy to be rearranged but with no real inclination in that direction.” The same could be said of his cult Canadian crew’s eclectic music, which darts thrillingly in countless directions over the course of their brilliant new self-titled album. Their third and most collaborative release yet, Brasstronaut spans everything from Broken Social Scene-ish clouds of orchestral indie-pop (‘Hawk’) to Afrobeat jams sung from the perspective of a NASA Curiosity Rover, adventuring across the red plains of Mars alone in search of life (‘Desert Rock’). Diverse, daring and unstoppably catchy, it’s a record that can take you to other places, the ones Edo used to dream about.


Having formed in Vancouver in 2007, the six-piece – completed by guitarist Tariq Hussain, Bryan Davies on trumpet, Brennan Saul on drums, John Walsh on bass and Sam Davidson on clarinet – unlocked a brave new sound on this record by taking a new democratic approach. “Not that we weren't collaborating before, but this time, it just felt more like everyone was in on the ideas from the ground up,” says Tariq. “The agreement we made prior to starting the record was that everyone should bring in two song ‘seeds’ – in other words, two rough song sketches.”


From that approach, sprung tracks including the Radiohead-ish ‘Paris’ (about a “morning trapped in a sprawling traffic jam, dozens of cars, bumper to bumper, all stuck encircling a huge roundabout” in the French capital), a smoky piano instrumental that erupts into chaos called ‘Whitney’, and a “Frankenstein pop song” called ‘Sooner Or Later’, which comments on the culture of disposable music created by the internet. “We wanted to have some more uptempo songs,” says Tariq, explaining the band wanted to get away from the “dark mid-tempos” of their cult acclaimed 2012 album Mean Sun. “We love that record, of course, but thought – hey, nothing wrong if people want to dance to a thing or two.”


“That was a creation which I like the pelican fed with the blood of my own heart,” once said Johann Wolfgang von Goethe, about the toll it took to write his 1774 novel The Sorrows of Young Werther. Brasstronaut, whose new album closes with fragments of Young Werther sung over dancey guitars, probably wouldn’t describe it so dramatically. They do, however, similarly know a thing or two about suffering for your art. “We've been to the edge and back as a band,” says Sam, explaining that after Mean Sun “we all really needed to take a step back.” They eventually summoned “a lot more open mindedness, even a light heartedness about why we are all in it” to emerge with what the clarinet player calls “a great new album and even stronger friendships.” Some things are worth all the blood, sweat and tears. A vast, ambitious career-peak release, Brasstronut is one of them.