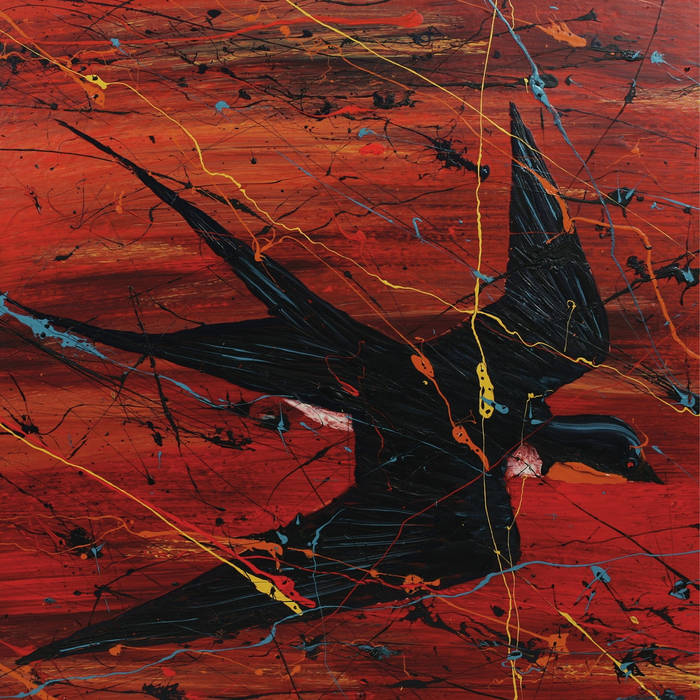 John Cratchley A really fine set from Charlie Parr...doing what he does best: live performance, energised by the music.
I guess you could say he is keeping tradition alive...but it is more than that, he is making sure it thrives,hopefully to inspire another generation to keep this music relevant because it isn't a dead art form...Charlie doesn't sanitise it: he tells the gospel truth.

Duluth, MN—Some of the best music is the kind that isn’t necessarily meant to be mass-produced and mass-consumed. Minnesota based folk artist Charlie Parr stays true to that philosophy, as he did again when he approached the recording of his eleventh studio album, Barnswallow, due out in February 2013. The album, named for a banjo instrumental Parr once recorded with the Black Twig Pickers, features ten songs—eight original and two traditional—and was recorded live to tape at the Winona Arts Center. Charlie's longtime collaborator, Tom Herbers of Third Ear Studios in Minneapolis, engineered and mastered the project; and the cover art was done by Winona, MN based artist Jamie Harper. As with all of Charlie’s projects, Barnswallow has that same distinctive timeless feel, steeped in traditional folk and blues.

The album, bookended by the foot-stomping opener "Jimmy Bell" and closer "Rattlesnake" as well as "Motorcycle Blues," offers picturesque counterpoint with the pretty folk numbers "Badger" and "Jesus is a Hobo" (the latter featuring Emily on backing vocals). The songs on Barnswallow also reflect a lot of the personal struggles Charlie has had since 2010. They are mostly in the same vein as his earlier material, but Parr claims that with the more personal songs, “it helps to sing them.” It’s that type of honesty that makes Parr a truly special artist—he’s just like you and me, yet he makes extraordinary music.

To help him make that music, Parr employed his trademark National NRP wood-body resonator guitar; he also used a Fraulini 12-string made by Todd Cambio of Madison, and a Kevin Enoch fretless banjo. Rounding out the players, Barnswallow also features Mikkel Beckmen on washboard, Dave Hundreiser on harmonica, and Charlie on vocals (with Emily Parr adding harmony on one track). “It’s a kind of return to the feel of older recordings I've done (King Earl and Jubilee, mostly) in that I had Mikkel and Dave and recorded the whole thing as a trio,” said Parr. “It was also live to tape, with no tracking and using all first and second takes.”

All in all, Barnswallow is vintage Parr, and will surely go down as one of his best works yet. But there are no illusions with Charlie Parr about making it in music, so to speak. To Parr, his view on it is much different. “I hope folks like the new album,” he said. “But honestly I've gotten what I wanted from it, which was a really good few days with some of the best friends I've ever had, in a beautiful town, making music that I'm happy with and would've been just as happy with if we'd just played it and took nothing with us.” He paused before adding, “But yeah, I do hope folks like it, and I'm happy to be playing those songs now.”

Indeed, and Parr fans will be happy he is, too.