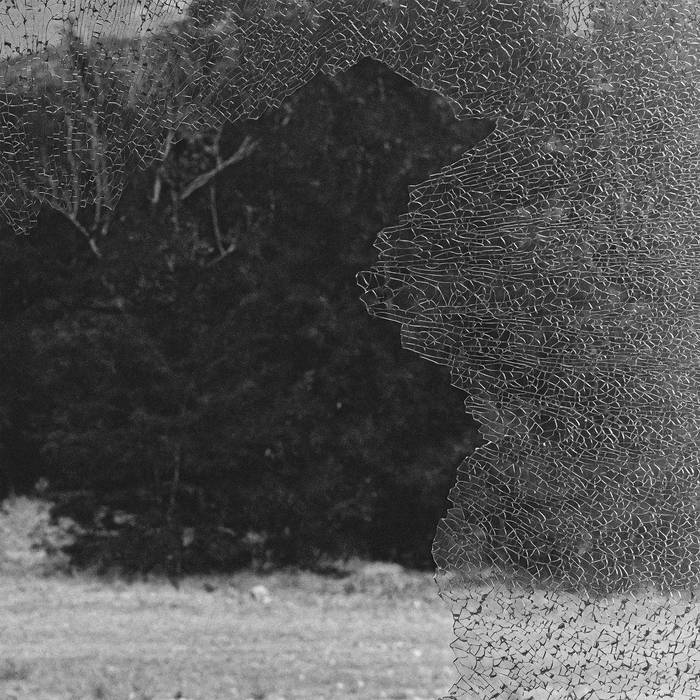 In a sense of conformity

In September of 2019, Deliluh took flight with sights set on new horizons. A long plotted scheme to uproot the group from their Toronto home and airlift them into the touring bastion of Europe seemed like a pot worth gambling their stack on. Their future in the old world was read with wide-eyed optimism, emboldened by two albums newly waxed and tour dates rolling in. Greener pastures with foreign allure, a promised land chalk full of experimental art and sound, and a plethora of unconventional venues ripe for the picking... it’s open season, what could possibly go wrong?
Well, the best-laid plans…

Amulet is the first release since Deliluh’s departure from home, an opening document of the group’s transition abroad. Mirrored images of the same composition occupy each side; ‘A’ performed by their previous four-piece lineup, and ‘B’ by the current active two-piece. The lyrics depict a jewel thief committing crimes with the conviction of a merciless zealot, and justifying them with a spite for the status quo. The protagonist amuses with the threat of being “caught”, a fate seemingly imminent and yet laughable in the crooked context of societal greed. Knapp delivers sharp criticisms with a swagger liberated of fear, imploring us all to root for the anti-hero in a time when danger is craved en masse.

The tonal contrasts between both versions testify to the group’s versatility. The A side pulls tension by way of minimalism, leaning into a sinister synth sequence that navigates a pitch dark sonic terrain. Swooning guitar, plucking violin, whispering synths and darting tape effects peek in and out of the periphery, circling with unsettled starkness around Jude’s gloomy bass drone, through until Wharton-Shukster’s string soaring climax.

Flip to the B side, and the immediate motorik groove turns the sequence on it’s head, snapping to a gritty dance track for nights long yearned for. Pedersen’s modular synth takes on a fresh persona of dusted drums and otherworldly high hats, cracking on the beat while guitar scratches, processed sax, and string synths build with harmonic euphoria, all until the tape slips and pulls the rug from under the DIY dance floor.

Amulet demonstrates Deliluh’s potential growing fearlessly in the face of a tight game. They promise a plentiful stash of recordings soon to be unearthed, giving the sense that their recently tested process of creation has been far from hindered. What comes next is anyones guess, though Amulet at the very least reassures that we’re still, as always, in trusted hands.

Recorded and mixed by Deliluh in Berlin, Copenhagen, and Marseille